An Accidental Preservationist By Judith B. Tankard As a young art historian, I was well aware of preservation issues with paintings, sculpture, objects, buildings, and monuments, but gardens—no! It wasn’t until the 1980s, when I was in hot pursuit of Arts & Crafts architects such as Edwin Lutyens, that I stumbled on some sorry examples of Gertrude Jekyll gardens that happened to be part of the grounds. Overgrown trees and shrubs, pitiful flower borders, missing ornaments, and modern-day water features were the name of the game. It wasn’t until the publication of books on “historic gardens” and monographs on Sissinghurst, Hidcote, and Great Dixter that I realized there was another layer called historic gardens. After that initial fire was lit, I’ve never looked back. Over the years I’ve had an opportunity to observe good and bad preservation attempts based on varying levels of expertise, willingness of the owners, and—most crucial— approaches to maintenance. The Garden Conservancy’s advisory role on preservation methodology for significant gardens as well as alerts by the Cultural Landscape Foundation for public spaces at risk have been invaluable in saving and managing important properties. Detailed cultural landscape reports have aided enormously in broadening our understanding of significant places that otherwise would be ignored. While gaining expertise in the careers of landscape architects such as Ellen Shipman and Beatrix Farrand, I discovered that many of their gardens had disappeared, victims of readaptation or lethargy. Fortunately, the tables have turned in recent years and more sites are being rediscovered and resurrected. What has been consistently excellent is the quality and depth of research, in part thanks to the designers’ archives. The landmark restorations of the Beatrix Farrand Garden at Bellefield, as well as Eolia, the Harkness Estate, were greatly facilitated by landscape architects trained in research procedures. Detailed planting plans, archival photographs, and correspondence brought a surfeit of information that had to be evaluated in terms of modern-day usage as public properties. In most cases, the installation and maintenance steps were done by trained volunteers, but only after crucial funding was raised. These are the good stories. There are also the cases where research and installation were impeccably completed, but the project failed due to lack of understanding the intricacies of maintenance. In their day, Shipman’s gardens, for example, were unusually maintenance-intensive, necessitating a plant replacement schedule that most budgets would not allow. One thinks of the tragic story of Beatrix Farrand at the end of her life having to close down Reef Point due to the lack of a fully trained gardener who could carry on her meticulous work. When the National Park Service undertook the restoration of the small parterre garden at the Longfellow House in Cambridge, MA, designed by Martha Brookes Hutchinson in the early 1900s and revitalized by Ellen Shipman twenty years later, there were many challenges to face: a detailed history of the site necessitated archaeological digs, replace- ment of built features, and the search for substitutions for Shipman’s plant palette, most of which had long gone out of cultivation. Consideration for modern-day pests, irrigation issues, and foot traffic all figured in to the highly praised rehabilitation privately funded by a friends’ group who collaborated with the park service. Following along similar lines, a friends’ group has recently initiated a partial replanting of Shipman’s once-magnificent gardens at Chatham Manor (now Fredericksburg and Spotsylvania National Military Park) in Fredericksburg, VA. The grandaddy of them all are the gardens and grounds at the Saint-Gaudens National Historic Site in Cornish, NH. All three properties, plus others, reflect solid research and rigorous maintenance. In the case of institutions, such as Harvard University’s Dumbarton Oaks in Washington, DC, it goes without saying that research, routine maintenance, and plant replacements reflect the high level of a professionally trained staff. However, the case is rarely so with private gardens that have seen significant changes over time, as wings are added to the original house, swimming pools dropped in, and plantings simplified. When property transfers to new owners, the gardens generally suffer or are irretrievably lost. The outcome is generally doomed due to unavoidable changes to the landscape, uneducated owners, lack of rigorous research, questionable maintenance, and limited budgets. Exceptions, of course, include knowledgeable owner-gardeners who revitalize rather than obliterate. There are a several stories for outstanding public gardens that have been rediscovered through research or recovered from disasters. The most famous is Longue Vue House and Gardens in New Orleans, LA, the former home of philanthropists Edith and Edgar Stern. Designed by Ellen Shipman in the 1930s, the gardens were open to the Above: The Beatrix Farrand garden at Bellefield, Hyde Park, NY, photo by Richard Cheek. On opposite page: Longue Vue House & Gardens, New Orleans, LA, photo courtesy of Longue Vue 24 #GARDENPRESERVATION I PRESERVING, SHARING, AND CELEBRATING AMERICA’S CULTURAL LEGACY 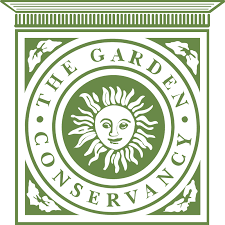 Catalogs
TOC
A
Archive
A
H
X
Contents
A
Advertisers
;
See All

$sendername|$senderemail wrote these comments for you:

$sendername|$senderemail would like for you to view the following digital edition.

Please click on the page below to be directed to the digital edition:

Enter a description for this bookmark

Your form submission was a success. You will be contacted by Washington Gas with follow-up information regarding your request.